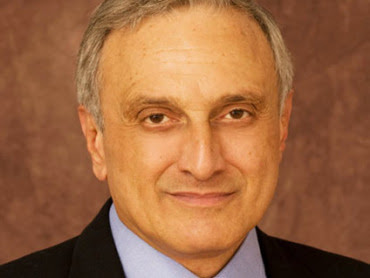 Carl Paladino showed up at the Buffalo School Board meeting Wednesday. He outlined a series of changes he deems necessary in order to improve the Buffalo school system....


"My remarks are directed at the collective board, which should be ashamed for its functional paralysis and inability to implement change necessary to deal with core problems," he said.

Paladino gave board members 30 days to deal with the issues he spelled out or resign. If they do neither, Paladino says he will do everything in his power to persuade the Common Council to withhold its funding for the school system.

I know for a fact this is not an idle threat. Please stay tuned, as I hope to relay information to regular readers of this blog as to how they can become involved in the reform efforts. Paladino outlined five areas he feels need to be addressed:

1.) Too many children in special education.

2.)Too many costly state mandates.

3.)The inability to require School Board members to meet certain educational requirements.

4.) State laws giving unions too much of an upper hand in contract negotiations.

5.) Superintendent James A. Williams. The board, he said, should fire the superintendent and launch a national search for a replacement.

"Carl comes here, and he routinely beats us up," said Louis Petrucci, who represents the Park District. "I don't always agree with everything he has to say. But he speaks because he is passionate. [I think] we could take away the sense of urgency he has, to get kids achieving as well as possible as soon as possible."

In other words, " I have a low opinion of myself, and I'm really afraid of Carl. He prints his own money and could squash any one of us like grapes if he wanted to. I do whatever Phil Rumore tells me to, so I hope Carl doesn't recruit someone to run against me." It's funny. Petrucci was not too supportive of Paladino when he was overheard at the Bishop Timon 5K race in September telling one of Paladino's volunteers he was "on the wrong side" in the gubernatorial race. There are a lot of canaries down by the docks and many of them report to their neighborhood blogger. Don't you think I hear things, Lou?


Petrucci is a recent graduate of the Ray McGurn School of Fibbers. He will lie or exaggerate anything if he thinks it makes him look better. At least McGurn is smart enough to tell believable lies. Pinocchio tells so many whoppers, even he has trouble keeping track of all of them.
(Link) View more Pants On Fire Sound Clips and Liar Sound Clips I don't think it's something Petrucci would have had the guts to say to Carl's face, but I guess that's where we come in. I can't wait to hear what lie Pinocchio uses in denying what my reliable source overheard him say. Looks like Lou's lips continue to sink ships...