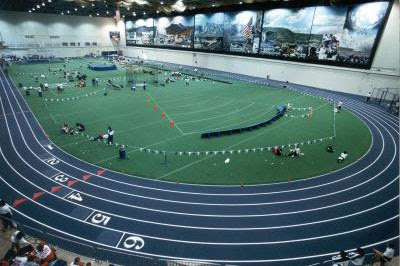 Apparently, it's ok to give thousands of dollars to barber shops, but when it comes to South Buffalo's children, Deputy Mayor Byron Brown is not so generous. From The Buffalo News...


Mayor Byron W. Brown said “no” Thursday to new athletic fields in South Buffalo, the pet project of a longtime political foe.
Brown vetoed $450,000 in capital funding for the Nevilly Court recreation and education complex and cited the city’s already growing obligation to parks and playgrounds.

For those of you who don't know, Nevilly Court is an area of land near the Sorrento Cheese processing plant. The idea is to build an educational and athletic fieldhouse on the land. This project is badly needed in the South Buffalo neighborhood, as thousands of kids are now involved in organized sports there. The East side has the Johnny B. Wiley Fieldhouse. The North side has All-High Stadium and the North Buffalo Community Center. There is a community center on every other block on the West side. Private money has already been raised (the National Football League is reportedly behind the project).
Many people feel the reason for the mayor's opposition is based solely on political spite. The main sponsor of the athletic and educational facility is South District Councilmember Mickey Kearns...


Lawmakers believe the project, which includes athletic fields, as well as new education and recreation facilities, was left out of Brown’s initial capital budget because Kearns is the driving force behind it.
Nevilly Court was added to the budget as part of a series of additions by the Common Council last month and was the only addition vetoed by Brown on Thursday.

The big question many of us have is where does the South Buffalo Team of bench warmers stand on the issue? Brian Higgins, Tim Kennedy, East Aurora Jim Comerford, and the McKinley Circle Lady have been strangely silent on the proposed fieldhouse. They are preventing the neighborhood children from a great opportunity, because they don't want to see Kearns look good. If they speak out, Brown might not let them appear in one of his future political ads. Very sad. Fortunately, the Common Council has the votes to override Deputy Mayor Brown's veto.

I wrote this article because a friend asked me to do so, and the complex is a good idea. On a side note, I'd like to see Mickey step it up and pay more attention to the people in his district that actually get things done, instead of the city hall types crawling around him. If you would like to see this project move forward, you are encouraged to email Byron Brown at bbrown@city-buffalo.com or call his office at 851-4841.