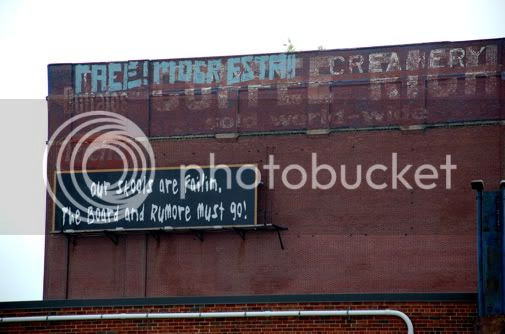 Paladino previously used this same location to express his feelings about the Buffalo School Board and Phil Rumore.


The billboard on the 190 that once said Paladino for Governor now says, “Spineless Stan Lipsey and Buffalo News Threw WNY Under the Bus.” It looks like Carl's back to his old form. Lipsey fired back today in an article published in the News...

“It’s actually Carl Paladino who hurts the community, not The News,” Lipsey continued. “In fact, I’ve had public-and private-sector leaders across the country tell me that Paladino is the worst thing to happen to Buffalo’s image since the Blizzard of 1977.”

Actually, the worst thing to happen to Buffalo was when the Courier Express closed it's doors in 1982 and made Buffalo a one newspaper town. Their coverage of the gubernatorial race was extremely biased, in my opinion. The things they said about Paladino might have been true. However, they gave Cuomo a pass on the HUD debacle (of which he was in charge.) They completely ignored the fact that Cuomo's donors were a who's who of political corruptness in New York State. Just last week, Cuomo said he would "Look into pay raises for the members of the state legislature." It was barely mentioned in the News. They also attacked Paladino's personal life but never mentioned Cuomo's imperfections. From today's article...

Editor Margaret M. Sullivan said that reporters from The News accurately covered Paladino during the campaign, even if some stories proved unflattering.


“It’s the paper’s job to write those kinds of controversial stories,” she said. “And separately, on our editorial page, it’s the board’s job to make the endorsements that we believe will best serve our community.”


The Buffalo News editorial board is a joke. They are bought and paid for by those in power. Everyone knows this. Fortunately, so do most readers of the News, which makes their choices irrelevant. The News talks about change and then consistently endorses the same incumbents year in and year out. They have absolutely zero credibility when it comes to local politics. These people don't know what's going on in individual towns and villages. Their editorial board knows about as much about South Buffalo as I know about Clarence and East Amherst (where most of them hide).

Anyway, Carl Paladino has a great opportunity. What some people call hate, I see as a desire for change. I'd like to see Paladino bring together all the people in Western New York who are sick of the status quo into one organization. The status quo is not highly organized. In fact, they are still using the same playbook from 1975. An organized group, led by a charismatic guy like Paladino could create meaningful change in the region. This calls for a stupid and pathetic gesture to be done on somebody's part. And we're just the guys to do it.