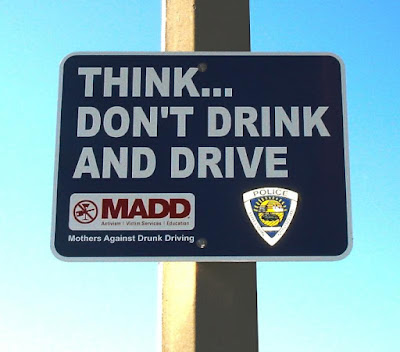 It looks like another entitled Niagara County resident got away with a drinking and driving offense. The nephew of District Attorney Michael Violente was allowed to take a plea without having to surrender his driver's license...

State troopers responded to the crash and charged Timothy L. Violante with driving while intoxicated and operating a motor vehicle with a blood-alcohol level above the legal limit for intoxication.

The younger Violante was never convicted of any alcohol-related offense. Instead, less than three weeks after the crash, he was allowed to plead guilty in Lewiston Town Court to driving at a speed not reasonably prudent and disobeying a traffic device.

The thing that bothers me is not the fact that two spoiled brats got off unpunished. (The daughter of a North Tonawanda Alderwoman was the other.)Whenever you go to traffic court for speeding or not having your car inspected properly, these same judges and DA's talk to you like you're a third grader. And they describe how sacred they hold the law. Then, we hear stories like this...

Persinger, the arresting officer, reported that Violante, then 22 and of Porter, appeared to be impaired by alcohol when they arrived. He wrote in a DWI deposition that Violante "was insistent with me about not having anything to drink."

After Timothy Violante "was swaying" during a field sobriety test, missed his nose with his finger four times and aborted an effort to recite the alphabet at the letter "I," he acknowledged that he "had a few drinks and that he is probably over the legal limit," Persinger wrote.

If that was a relative of you or I, the same judge would scold them at their hearing and lecture them on the dangers of DWI. I'd like to hear MADD's take on this story. Remember, residents of Niagara County. Michael Violente works for you. It is you that decides whether or not this is the type of government you want.