Nobody likes nasty, below the belt, mean-spirited political races. Except me of course. The race for Dave Franczyk's Fillmore District seat on the Buffalo Common Council is becoming a Polish bloodbath. The 25 year incumbent (he was off for two years after losing the Council President's race) Franczyk is being challenged by Mayor Casey's handpicked buddy Larry Adamczyk... 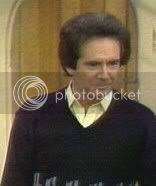 Franczyk had some not so choice words for Larry in today's Buffalo News...

Franczyk also points to Adamczyk's financial problems, which he says stem from his affinity for gambling.

"I'm afraid he will shake down developers, steal and rob," Franczyk said.

"I think Brown wants to destroy the independence of the Council and open the door to a corrupt individual who's going to steal," said Franczyk.

Wow. This race even has a dark horse in perennial candidate Samuel Herbert, whose campaign slogan might as well be," Vote for me. I'm the only black guy in the race." Personally, I hope he wins, as Herbert seems like the only independent candidate of the three. And if he does win, it will be like something out of a 1980's Richard Pryor movie.

Later in the article, Franczyk seemed to soften his stance a bit on Adamczyk...

"This is a guy who is a serial debtor, who for his own selfish reasons is unworthy of public trust," Franczyk said.

Come on Franczyk. Who are you kidding? You wouldn't step aside for anyone. Some people from Kabul, Afghanistan recently visited his Broadway/Fillmore neighborhood and immediately asked if they could return home. Franczyk has had 25 years to turn things around and the neighborhood looks like a third world country.

And Adymczyk? If you shake his hand, you better count how many fingers you have left when you're done. He doesn't care about the Fillmore District. He's probably been offered a big job by Brown in exchange for his candidacy. Herbert has all the signs of a crackpot. If I lived in the Fillmore District, I'd probably write in Lech Walesa or Pope John Paul II...