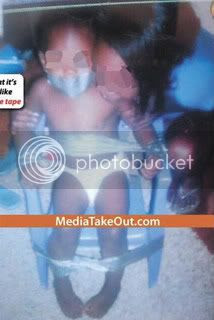 I don't see what the big deal is. They tell you duct tape works for everything. This mom just took it a little bit too far. Can you say Child Protective Services?...


WALLINGFORD, P.A. (WPIX) —
A Pennsylvania woman was arrested and charged with child endangerment after a photo of her posing with baby daughter who was bound and gagged with duct tape surfaced on the internet.

The disturbing photograph, which shows a smiling 21-year-old Caira Ferguson crouching down to her 2-year-old daughter whose arms and legs are restrained by duck tape to a small chair.

Maybe the mother got the idea from this mother. The internet has been a great source for the rest of us to find out how many morons are out there... 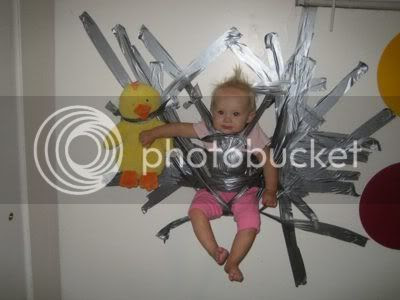