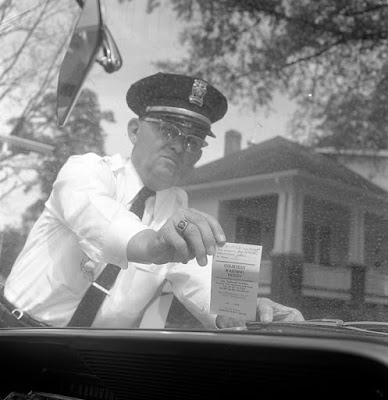 I'm getting many requests from soccer parents to cover a story that took place this week in Cazenovia Park. Apparently, an overzealous parking enforcement officer ticketed between 50-100 parked cars, while tax paying parents watched their children's soccer games. Cars were ticketed in the Tosh Collins Community Center parking lot, as parents attended a game behind the building. Also, parents and grandparents of 4 and 5 year olds were ticketed as their kids played in games located around the Cazenovia Casino. This is the same casino, which has sat vacant for years until the soccer group decided to utilize it for Wednesday night games two years ago.

These tickets need to be voided immediately. I don't run the summer soccer program. However, I am one of their referees. The cost of one of these tickets rivals the cost of registering a kid in the league. The tickets are a slap in the face to South Buffalo parents who work and pay taxes. They were doing nothing wrong, as this historic Olmsted park was never constructed to accommodate automobiles. Because parents don't want to turn it into a huge asphalt parking lot, they use common sense and park along the roads adjacent to the fields. Obviously, the parking gestapo doesn't utilize a similar amount of this rational thinking.

I just found out about this tonight. I will be contacting the Councilman tomorrow to see if these tickets can be contested. The name of the officer/imbecile who wrote them up should also be made public. He should be suspended/fired for displaying a total lack of common sense. If anyone knows this idiot's name, please forward it to me, so I can issue an immediate decree to egg his house. I can't stomach these guys. They're like the tax collectors from Biblical times. Alternate parking changes at 6PM and they're out there at 6:10 to give people tickets. I don't know how they can sleep at night. Don't give me the crap about following the law. We don't want or need Buffalo to become a police state. The city should be doing everything in it's power to keep families here and leagues like this supported. Instead of punishing the families, the mayor should give Jean and Tom Finn the key to the city, for running a great program serving over 700 children.

What an embarrassment. If you were ticketed, please call Councilmember Kearns at 851-5169 and tell him exactly where you parked. This is a travesty and it's one we shouldn't take lying down. This mayor would never send one of his parking goons up to North Buffalo and ticket people along Delaware Park. The city needs to admit it's mistake and void these tickets. Also, they should mow my lawn and buy me lunch while they're at it.

**Here's a link to a recent Buffalo News article (thank you Observer), talking about how municipalities rely on parking/speeding tickets as just another tax (as if we don't pay enough taxes already in Erie County)...

Communities keep most of the money they collect, making court revenues an important and reliable source of revenue....