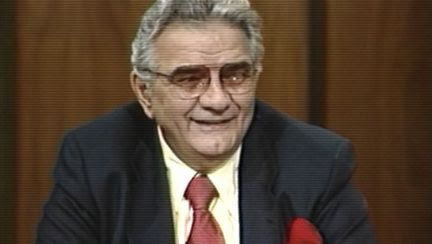 Buddy the Book is back from Miami with this week's picks and a variety of opinions...Hh
Just  returned back to Loserville, NY.   Still reeling about that National Championship play.  I definitely realized while analyzing this game that ND lost the  battle in the trenches. He also stated the defensive coordinator failed to prepare ND for the possibility of being buried by plow drivers (I.E. offensive line).  The offensive game plan for ND consisted of throwing an ally-op pass.  What the hell was that?  I can watch that during pop warner.  I am fed up!  I knew I should have went with my good buddy Saban (Belichik disciple).  I told the Blogger's readership that the key to this game was the offensive line vs ND defense.  ND played like the Sisters of  the Poor freshman team.  Saban is always good ATS especially during prime time TV.  NEVER NEVER AGAIN GO AGAINST GOOD BUDDY SABAN!  I hope my readers went opposite and buried their local handicapper.


Its one of those opinionated days... BUT Russ Brandon CEO!  Come on Ralph Malph! You cheap son of a pup can you get rid of the hanger on bum crowd?  Buddy Nix live at the improv is still at one Bills Drive.  Buddy- I fired you 3 years ago when you tried to sell me on disabled quarterback Fitzy. Did anyone notice the sales job that the snooze tried to give you about Fitzy during the off season?  First it was the injuries. Second he needed a Biomechanics expert for his throwing motion (Pathetic). Third he went to Harvard and was the smartest guy ever!  But you cannot throw  the FB vertivally and should be on a bus ride home.


Plays last week 3-2. Thanks to ND- The premimium members received last minute change to GB based on injury to Ponder.  This was a blue ribbion special for my premium members.  This week  Buddies plays are brought to you buy all the car commercials during the national championship blow out.  I like Denver (-9) over Ray Lewis and the senior aged Ravens.  Atlanta (-2.5) over Seattle (tough play),  New England (-9.5) Belichik  with 2 weeks to prepare??? over Houston and SF (-3) to bury GB.  Are you tired of your bookies girlfriend wearing mink coats????  Well- then call me NOW!  1-800- Bud-wins!

Email ThisBlogThis!Share to TwitterShare to FacebookShare to Pinterest
Labels: Buddy the Book, football