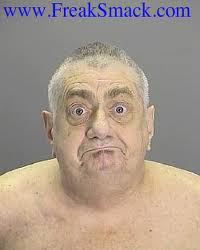 *Please note: All suspects are innocent until proven guilty in a court of law.

8/26/2010 145 O'Connell Harassment Robert Warsaw Susp continually text's compl. He lives at 95 Vandalia (she does not wish to pros)

8/26/2010 170 Culver Harassment Ryan Bukaczeski Susp (boyfriend) did lock her cell phone in bedroom, and then threw her to the ground. Warrant Card issued

8/26/2010 Cazenovia Park Assault and Harassment Thomas Dombrowski Fiance did grab and drag compl, and did state, "I should put a bullet in you". He lives at 9628 Kenmore

8/27/2010 24 Dismonda Rape Edwin Cosme Jr Suspect did put something in complt's drink which made her sleepy and she awoke to being naked and suspect standing over her.

8/27/2010 21 Pries UUV unknown unk per(s) did take complt's vehicle along with laptop, clothes and various CD's that were in vehicle

8/27/2010 Clinton/Bailey Ave Robbery Thomas Dettula Def did push complt to ground, hold her down and reach into purse and take $300 cash.

8/28/2010 87 Barnard St Larceny Brian K Rozler Suspect was asked to leave party. Suspect took complt's mother's bike and then pushed complt out of way while she tried to block him from leaving.

8/28/2010 22 Norman St-Lwr Phone Threats Beth M Oakley Suspect did phone and text over 20 times causing annoyance and alarm by threatening to have people come over and beat him up.

8/28/2010 665 Perry St Assault Ora V Tucker Def did reach in victim's vehicle and punch and scratch victim in facial area causing scratches and bleeding and did threaten to shoot victim.

8/28/2010 45 Fredro Threats Will Quinn, Rebecca Suits Suspects have been calling complt's cell phone several times a day stating they are going to beat her up, harm her children and when she goes out of town will burn her house down.

8/28/2010 S Park Ave/Lockwood Robbery unknown Suspect did grab complt, pushed her to ground and grabbed her purse and wallet. Victim retrieved property after chasing suspect and kneeing suspect in teeth and he fled.

8/29/2010 1115 Seneca St Trespass Matthew Bernhard Arrest did trespass in bar after being told numerous times in past not to come in. Suspect is underage.

8/29/2010 141 Southside Threats unknown Suspects did come after complt with a shovel and a pole scaring complt. Weapons were recovered and suspects fled

8/29/2010 157 Trowbridge Fam Dispute Joshua Rogers Suspect did attempt to punch her but was intoxicated and did not actually strike her.

8/29/2010 11 Hollywood Domestic Brian Uebelhoer Def did break out complt's living room window and did kick in back door of apt causing door to strike complt.

8/29/2010 2265 Seneca St Crim Nuisance Lukman A Mohamed Def did play loud music in public causing a nuisance, had no ID and was out of control.

8/29/2010 8 Keppel Domestic Richard EB Healey Def did come up to complt and threatened to kill him and his family.

8/29/2010 1853 Clinton St Unlawful Possession Robert C Harlach Def was observed cutting into a tree and while ofc was investigating def was found to be in possession of marijuana.

8/29/2010 79 Prenatt Assault Keith E Garcia Suspect did strke complt's juv son in the back of head with handle of machete. Victim treated at Children's.

8/29/2010 70 Trowbridge Larceny Keith W Malachowski Suspect did remove debit card from purse and did use same.

8/29/2010 445 S Division St RUUV unknown Vehicle was returned to complt in good condition. Complt does not wish to prosecute.

8/30/2010 166 Mackinaw Burglary unknown Suspect did enter home and once inside did take property.

8/30/2010 549 Hopkins St Burglary Orville J Vega-Perez Def did enter home by unk means and did take property. Def was found to be in possession of property.

8/30/2010 79 Ladner Narcotics Rachel A Cook, Brandon J Shelton, Jennifer A Haulk Def's were found in lwr apt and did find def's to be in possession of drugs.

8/30/2010 450 N Legion Marijuana Possession Couron Virgil-Mack Def was in vehicle with no plates/reg, parked on sidewalk. Def did have outstanding warrant and was found to be in possession of marijuana.

8/30/2010 82 Sage Gun Miguel A Cortes Def had an unregistered firearm under his bed stating he found it. Gun was left unsecured in home with a juv.

8/30/2010 111 Walter Crim Contempt Joseph Goff Sr Def did come into her residence uninvited threatening to cause physical harm to complt and in doing so did violate OOP.

8/30/2010 335 Dingens Burglary Matthew J Sherman Def along with juv co-def did break a window and a lock on door and once inside did take approx $800 in cash.

8/30/2010 1989 Seneca St Threats Keith Cramer Def did threaten complt at Tim Horton's by screaming, yelling and swearing at her. Def did make a gesture with his hand as if he had a gun.

8/30/2010 32 Oakhurst Threats Michael Misiak Complt states that after having dispute with suspect, suspect did punch complt in mouth causing bleeding and a fat lip.

8/31/2010 26 Trowbridge Burglary unknown Unk per(s) did enter residence by unk means and once inside did take property.

8/31/2010 104 Sheffield Assault Cornelius D Thompson Suspect forced his way into home and did punch and knock complt unconscious. Victim has OOP in order.

8/31/2010 33 Wheelock Burglary unknown Victim states unk did kick in door to apt. Things were thrown about apt and items were missing.

9/2/2010 718 Hopkins Assault Patrick A Daniels Def did assault complt and did push him downstairs causing a possible broken shoulder, strained neck and cut to nose. Def found in possession of marijuana.

9/3/2010 27 Seneca Parkside DRUG ARREST - JOHN SCHOLL after being served warrant, def was found to have cocaine while being searched at ECHC