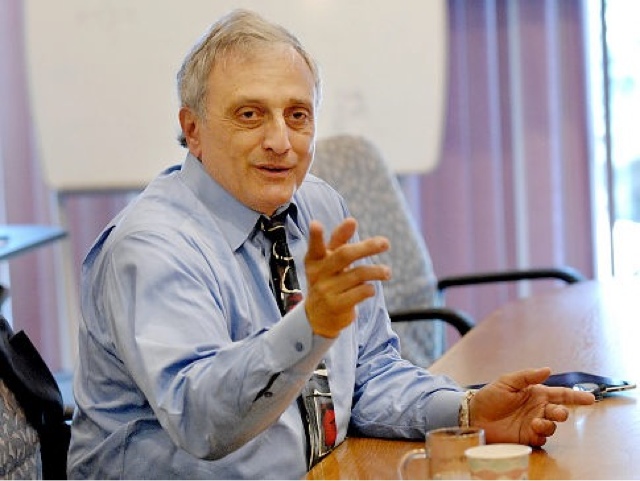 I stopped by the Dog Ear's Book Store last night to hear Carl Paladino speak on the upcoming School Board election. Regardless of whether you are pro-Carl or can't stand- Carl, you have to admit his candidacy has people talking.

The schools in Buffalo are a mess. That much everyone agrees upon. Some question whether Paladino's combative style is good or bad. The Buffalo News and Union President Phil Rumore are doing everything they can to label him a bigot and a racist.

Their wasting their time as Paladino is all but a lock to win the election on May 7th. I think his biggest challenge will be to convince the Buffalo teachers he is on their side. That has yet to be proven.

One thing I can say, Carl is the only candidate, incumbent or otherwise, talking about two issues that need to be addressed:

1) Getting rid of busing, Judge Curtin's dismal social experiment. He talked about how much money and time is being wasted sending students across the city. In fact, nothing has helped to make this city more segregated than busing. He mentioned families of three students, all placed on different buses headed to different schools. No wonder the parents aren't more involved in the schools.

2) Doing something about the unruly students who currently run many of the schools. If you think the principals run the lower performing schools, think again. I've subbed all over the city for years and I can tell you, their hands are tied. The do-gooders like to describe these kids as having emotional problems. The "emotional" problems stem from being raised with zero discipline or structure. Society has handed them over to these schools and placed them directly next to students who really do want to learn. Paladino wants to come up with a plan to rid the classrooms of those students intent on disrupting the educational process. In his speech, he said the Falk School model works and we need to put these problem students in a similar environment. I say do whatever it takes to get them away from those serious about getting an education.

In any event, it was a nice meeting. Unfortunately, I had to leave early after the City Hall Rooster ate all the brownies.