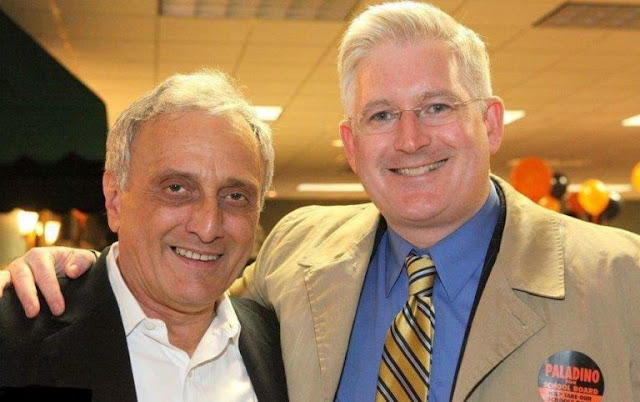 Hopefully, the women of Erie County will do their homework before voting in November. Unfortunately, these elections are often popularity contests. The person with greater name recognition usually has a huge advantage with voters. Unfortunately for Mickey Kearns, this name recognition also comes with his Albany voting record. This record should give informed female voters all they need to know about the man now being referred to as "Tricky Mickey." From the aptly named website...

In 2013, Mickey voted against the Women’s Equality Act,which includes guarantees for equal pay for equal work, protections for victims of domestic violence, and access to reproductive health services. It passed, but no thanks to Mickey Kearns.
In 2017, Mickey voted against a bill (A00566A) that would have prevented your employer from accessing your health records to see if you are using birth control, and discriminating against you if they didn’t like the answer they found. The bill also would have prevented your employer from making you sign a waiver that would allow them to make your reproductive health choices for you.
Mickey's strings are now being pulled by Erie County's conservative Republicans. In fact, Kearns has accepted over $25,000 in campaign contributions from local developer Carl Paladino. And when Paladino referred to First Lady Michelle Obama as a "gorilla", the normally outspoken Kearns was uncharacteristically silent. It was a great opportunity for Kearns to show some true leadership but as usual, Mickey was thinking about Mickey. Very disappointing.
Kearns' supporters have taken an odd approach early on in responding to the revelations of his misogynistic voting record. They are saying the Clerk's position is administrative and not legislative, so Kearns' tendency to lie and his conservative voting record shouldn't matter. I suspect it does matter to the thousands of women of Erie County making less than their male counterparts.
The Clerk's position is an administrative one. However, Kearns has no plans to stay in it for long. The position has been used in the past by other career politicians as a stepping stone to more powerful offices. In exchange for the local Conservative endorsement, Kearns has betrayed a big part of his base. We'll find out in three weeks whether or not this was a smart move on his part.

I have no affiliation with the attached website. However, I do believe it's content is factual. It was definitely created by Democratic opponents of Kearns. However, the facts they use are indisputable and a matter of public record...
http://trickymickey.org/mickey-kearns-record-anti-woman-anti-choice/