The birth of the Blog 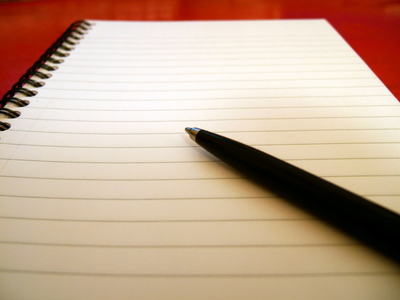 "Beneath the rule of men entirely great, the pen is mightier than the sword."
-Edward George Bulwer Lytton


I can tell by the recent analytic numbers, the blog has many new readers this winter. I'm sure many of them are saying, what the heck is this? From time to time, I like to point out why I started a blog. Like anything else, it's a work in progress and always evolving.

In 2003, with a four year  Psychology degree from UB, I knew that I needed to go back to school in order to find decent work in this area. After working with children for about 14 years at the time, I decided to go back and study Physical Education. The only school offering P.E. locally was Canisius College. I enrolled in their program where one could pursue an undergraduate and graduate degree simultaneously. Working full time in the Human Services field, I went back to school part time (mostly at night). Finally in 2009, I completed my masters work and my student teaching and obtained both degrees and my initial certification.

By this time, I had been running youth soccer programs for 19 years straight (all within the city of Buffalo). I submitted my resume to the Buffalo Public Schools and watched as the spawn of one political hack after another obtained jobs in physical education. Many weren't even city residents, but that didn't matter. The rules can be overlooked when one's father, uncle, etc makes large donations to the politicians. Never once, despite 19 years of coaching, was I even given the courtesy of an interview. I was now $76,000 in debt from student loans and faced with having to leave the area in order to find a job. I was not about to leave the area in which I had invested almost two decades of my time promoting youth soccer. At that point, I had a lot to say and I realized that I needed a forum. The leaders of this community were/are a complete joke. Their main objective is to steal as much money as they can for themselves and their family members. They do so through no-show jobs, kickbacks, bribes, etc. I was a Democratic Committeemen for over 10 years and I know exactly how low these people will go.

Being frustrated with my situation, I decided to start writing about it. I decided not only to write about the corrupt politicians, but about the one guy/woman on every street that does whatever they are told to by the corrupt politicians. In exchange, they and their children often are paid back through government employment. The blog was and continues to be well received by many. Although I do not have as much time as I did three years ago, people talk about it and the political people do not like it. And I really couldn't give a rat's ass what they think anyway.

So, before I had a forum to discuss things, the entitled political people would just say, "He's dumb. We don't take what he says seriously." Or something to that effect. But now, many people read the blog and can decide for themselves whether I'm dumb or not. Now, the political people, who know their every move is being scrutinized, say, "He's crazy." And of course, that's what they always say whenever someone outside of the clique gets even a small following.

I'll be the first to admit, I am often times socially awkward. I'm not comfortable in big crowds and definitely have my quirks (like everyone else). But no craziness here, just confidence in what I'm writing about. I read the papers every day and keep up with the things going on in the neighborhood. I'm a home owner and work full time in the private sector. I could really use people's help. If you come across one of my posts on Facebook or Twitter, and find it interesting, please share it with your followers. I think every community needs one person that all the politicians hate and I'm happy being that guy.
Posted by Blogger at 3:04 AM

Email ThisBlogThis!Share to TwitterShare to FacebookShare to Pinterest
Labels: blog