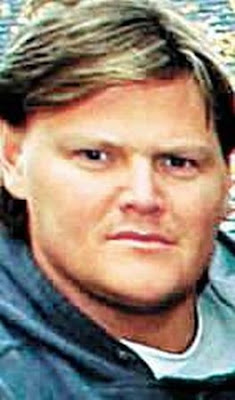 “Whoever has two cloaks should share with the person who has none. And whoever has food should do likewise.” Luke 3:11

This was a nice story in today's Buffalo news. A young man with holes in his size 14 sneakers went to St. Luke's Mission in search of help. Former Buffalo Bill Mike Hamby, who was there as a volunteer, heard his request and gave him an expensive pair of boots from his car...

Mike Hamby, a regular volunteer at St. Luke’s Mission of Mercy on Walden Avenue, didn’t literally take the boots off his feet and give them to a needy young man.

But Hamby did take action last week after hearing about a man who needed size 14 boots to replace a hole-filled pair of sneakers that couldn’t cut it in Buffalo’s harsh winters.

Hamby, without hesitation or fanfare, went out to his own vehicle to give the man a pair of expensive fur-lined hunting boots.

The fact that a former pro athlete is volunteering his time on Walden Avenue in Buffalo really says a lot in itself. Hamby has made quite a name for himself after football, as a sculptor. Here's how the boot story went down last week...

“There’s a gentleman who comes in twice a week, a big heavyset man who doesn’t have a lot, obviously, but a very appreciative man,” said Gino Grasso, an associate missionary at St. Luke’s.

Several times in recent weeks, that young man had come in to ask for size 14 boots, to replace his beaten-up sneakers for the winter.

Hamby went outside, got the boots and gave them to the man, who tried them on. It was a perfect fit.

“They’re yours,” Hamby said, according to Grasso.

His wife, Deb, hadn’t heard about the boots. But when told the story, she had a quick reaction:

I guess it's true what they say. Character is defined by the things you do when nobody else is watching. So many former players struggle when the crowds stop cheering, but it appears Hamby has become more successful upon retirement.