How's this for hypocrisy? 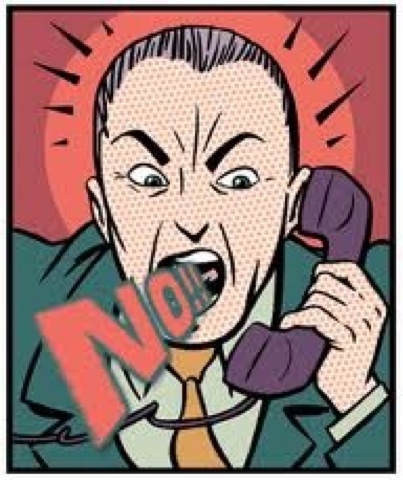 Prerecorded telemarketing messages have been banned by a new state law. That's the good news. But in the ultimate form of hypocrisy, Prerecorded robocalls by politicians are still legal under the law...

The measure was approved by the state Legislature this year, but it won't affect one area: the automated robo calls for political campaigns.

"Unwanted telemarketing calls are intrusive and irritating," said Governor Cuomo. "This legislation is designed to ensure that New Yorkers who choose not to receive these promotional messages are not forced to deal with these harassing phone calls."

You elected this imbecile. Is he saying that prerecorded messages from entrenched politicians are not intrusive and irritating?  It amazes me that the state politicians are so arrogant, they don't even think about following the same rules as the rest of us. They're the worst telemarketers out there.
Telemarketing With Recorded Messages To Be Banned in NY | wgrz.com
Mickey Kearns: You ran as a reformer. How about proposing a law that bans politicians from making these annoying calls? Oh, I forgot. That would be something the people would actually want.  How about standing up for all the elderly people in your district who are sick of getting these harassing phone calls at all hours of the night?