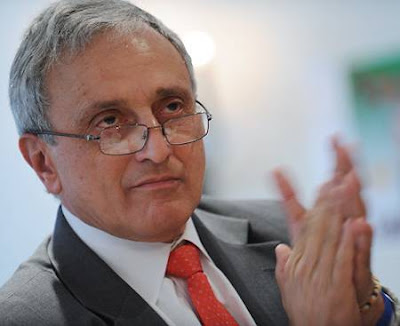 Buffalo developer/activist Carl Paladino has filed a complaint against the Buffalo Schools administration with the New York State Attorney General's office. Among the things Paladino touches on in his complaint are allowing Superintendent Williams to stay here for another year, the gift of public monies (with no known explanation) to Folasade Oladele (A.K.A. Beverly McCelroy Johnson-never trust someone with two names), and the illegal solicitation of funds and grant money by the leadership in the Buffalo Schools.

In a statement, that his critics will try to portray as racist, Paladino asserts that the leadership in the black community are letting down their own constituents through selfishness and greed...

In the complaint, as well as in interviews, Paladino was outspoken about pointing a finger at black leaders in the district.

"You've got a black community that has for years suffered at the hands of its leadership," he said. "People will call it racist. Call it what you want. You've got black leaders ruining the lives of these kids."

Then you have most of the School Board, which basically works for BTF President Phil Rumore. They purposely hold their elections in May (at a cost to taxpayers), ensuring that mostly BTF stakeholders will show up. They don't want the election to be held in November, as this might lead to more turnout and actual reform. Sad.

Don't trust new school board President Lou Petrucci, Carl. He will talk out of both sides of his mouth. He'll tell you how great you are when he sees you, but he was actively supporting Andrew Cuomo last Fall. When push comes to shove, everyone knows he answers to Phil Rumore, Ray "Wrong Turn" McGurn, and the local Democratic party. He will never take a moral or ethical stand on anything. He's a paid prostitute who aspires to be Councilman. He would leave the board tomorrow if the position opened up. Fortunately, the word is getting out that he is a known liar, and hopefully Brian Higgins will look to someone else.