Kearns Record on Women's Issues will be Scrutinized in Clerks race 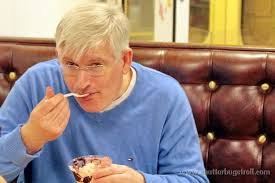 When Donald Trump won the Presidency in 2016, I heard and read from people that this was going to be the impetus to initiate activism from the Left. Many of these people were Democrats and many of them were women. Kathy Griffin and Chelsea Handler are two famous ones that come to mind. But I also heard it from many friends locally on social media. They pledged to become active and outspoken on issues important to them.


The women of Erie County will be given that opportunity in the unlikeliest of  forums; the race for Erie County Clerk. Democrat Steve Cichon will be going up against Mickey Kearns. Kearns, a registered Democrat will be running on the Republican and Conservative (possibly) lines. This makes sense, since Kearns has received more financial support from Carl Paladino than any other local politician in recent years.

Remember last election when Mickey said he was heading to Albany to fight the New York State politicians? Well, that was before the Clerks' race came about.  The Clerk position is viewed by many as a stepping stone to higher office. Kathy Hochul and Chris Jacobs have both used the position to move on to bigger and better things in recent years. Always looking out for number one, Mickey decided to do what he does best, campaign and make a whole new set of promises.

In my eyes, Kearns is the favorite to win the Clerk position. He has name recognition and people in Erie County can be highly apathetic and uninformed on the issues. A candidate can vote against his constituents' interests and yet get their vote because he says hello to them at the local lawn fete. Former WBEN reporter Steve Cichon seems like a nice guy, but when I tell people he's running against Kearns, they always ask, who is he?

Despite a huge advantage in name recognition, don't underestimate Mickey's ability to hurt his own cause.

His debt to Paladino has come at a huge cost to Erie County women. If Erie County Democratic Chairman Jeremy Zellner can reach the female voters of Erie County and inform them that Kearns voted against the Women's Equality Act as an Assemblyman and remains anti-choice on the issue of abortion, perhaps the impending female outrage can benefit Cichon.

Can you imagine a female candidate running and telling her male constituents that she should be the one making decisions regarding their bodies and not them? Male voters would never tolerate this. Why do female voters tolerate this from Kearns? The only reason Kearns votes this way is to gain the support of the Erie County Conservatives. He's assuming that the women of Erie County will not organize and unite against him and his voting record.

Zellner sums up Mickey pretty well in the attached article in which he aptly labels Kearns as a "serial opportunist".

“Tricky Mickey will say anything and do anything necessary to get elected,” he said. “Once in office, he disregards the promises he’s made to constituents along the way and works on crafting new alliances to get him to his next political office.”

When you see Mickey on the campaign trail, be sure to ask him why he voted against the Women's Equality Act and why he thinks he is better suited to make decisions about your body than you are. Also, remind him about how excited he was to head to Albany to fight for you as your state representative.
(Oh, about that. Please read the following article documenting how Tricky Mickey skipped a vote in Albany that if passed, could have given Erie County tax payers a double digit tax increase. He was marked absent.) Must have been out campaigning for his next political office.
https://wnymedia.net/2017/06/kearns-skips-critical-vote-putting-erie-county-taxpayers-risk/


And here is the link to the original article from the Democratic Chairman...